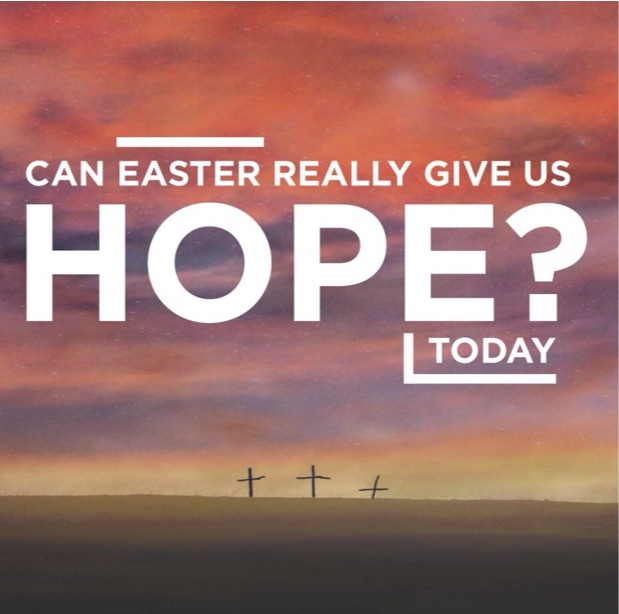 What is Easter to you, and how can it give you hope?

Although the word “Easter” is not mentioned in the Bible, the popular holiday that wears that name pinpoints one event in the life of Jesus. I say His life, but more precisely, 3 days after He endured the unthinkable horrors of capital punishment. And that event took place over 2,000 years ago.

Over 2,000 years ago? Then what significance does Easter have for you today? – A day off from work or school? Much more than that! Be patient and I’ll share the ultimate significance of Easter for you today. For in this story, death died. Easter is really the story of how death died.

Jesus claimed to be the Son of God. The first sentence of one of the Bible’s biographies written about Him states, “The beginning of the gospel of Jesus Christ, the Son of God.”[1]

He supported that claim in many ways. He fulfilled multiple prophecies written thousands of years before He was born, and He performed miracles which were impossible by human standards. He healed the blind and terminally ill; he fed multitudes from a small lunch; He stilled storms with a word; He walked on water. These events can’t be tricked, faked, or denied. And yet, far more significant than all these was His claim to forgive sins.

Forgiveness is a realm of authority that charlatans don’t claim. You see, His claims went deeper than that of a slick show or a magician’s act. He claimed to make humanity right with a Creator God for ever.

So these claims were not those of a trickster, nor where they merely the claims of a moral teacher. It is true that He taught morality, but His morality showed that no one was right with God outside of Him.[2] He claimed to be the Son of God who made us right with God. Yes, He claimed to be the way to God. “I am the way, and the truth, and the life; no one comes to the Father but through Me.”[3] C. S. Lewis was right when He said we must choose whether to believe Jesus was just a moral teacher or the very Son of God. There is no middle road.

“A man who was merely a man and said the sort of things Jesus said would not be a great moral teacher. He would either be a lunatic — on the level with the man who says he is a poached egg — or else he would be the Devil of Hell. You must make your choice.”[4]

As some have said, He is either a lunatic, a liar or your Lord. The choice is yours. Let me encourage you to trust that He is the Son of God Who came to make you right with God – that He is your Lord. How does He make us right with God? – Through His greatest miracle.

The crucifixion was an extremely painful event both physically and spiritually. Jesus was stripped, beaten and humiliated before the cross even happened. Following the beating, He was nailed to a cross and publicly taunted for hours. This type of capital punishment is a fact of history, and the Son of God took His place in that dark part of human history. The cross was physical torment. But there was spiritual torment as well. You see, more was going on than meets the eye. By dying, He was gaining the forgiveness He promised.

Forgiveness is needed. Don’t be mistaken, God’s court is one in which punishment for law-breaking must be handed down exactly, and meted out “to the t.” There is no ignoring or pushing aside Divine verdicts of judgment. When a judgment is reached it must be carried out. Humanity failed to obey God’s Laws. And someone had to pay for the breaking of those Laws (Lawbreaking = sin[5]). This was what was happening on the cross. The penalty for sins committed by the world was placed upon the Son of God. He was perfect. “He did no sin.”[6] And yet He died for the world.

He was the sacrificial Lamb. Prophets in His day proclaimed this years before He died. Listen to John’s prophecy:

“He saw Jesus coming to him and said, ‘Behold, the Lamb of God who takes away the sin of the world!’”[7]

Jesus’ cross then was a sacrificial cross. God the Father was accepting God the Son as a sacrifice for the sins (aka. Law-breaking – like lying, stealing, lust or covetousness) of others, even your sins. These sinful acts were listed out as judgments against Him. He canceled out our debt.

“Having canceled out the certificate of debt consisting of decrees against us, which was hostile to us; and He has taken it out of the way, having nailed it to the cross.”[8]

This is where the resurrection comes in. Would the penalty that He paid be enough? Would His sacrifice be accepted as a payment sufficient for the sin of the whole world? Could the death of the Son of God take an eternal judgment verdict for others in God’s courtroom? Yes! And the resurrection was the proof.[9]

You see, death and sin are linked. Jesus died. Yes. But His death was tied to an eternal debt that comes from sin. The first Law-breaking caused the first death. Ever since then, death is the natural result of sin. “For the wages of sin is death.”[10] Before sin there was no death. But when we chose our own way, that choice began a string of death that was not broken. . . until Jesus.

His resurrection proved that His sacrifice was accepted and His sacrifice for my sin and your sin was sufficient. And so death died when He came to life. The Bible states that the sting is gone.

“O death, where is your victory? O death where is your sting? The Sting of death is sin and the power of sin is the law; but thanks be to God, Who gives us the victory through our Lord Jesus Christ.”[11]

Your Law-breaking does not need to end in eternal death. His resurrection proved that death no longer needs to be the end of us. This resurrection declared Him to be the Son of God and the Lord of all. That is your Easter moment.

Because Jesus was raised from the dead, He is alive and listening to you read this message. (Yes, He hears your thoughts!) He waits now to hear the genuine prayer of your heart. You don’t have to go to a huge cathedral or a special service. You just need believe this message and ask Him. He waits to hear you confess your sin, your Law-breaking, and ask for the forgiveness He can grant. Let me encourage you this Easter season to turn to Him as your Lord and your Savior. Confess Him as Lord – the One Who can lead you in life. Confess Him as Savior – the One Who died for your forgiveness. Pray something as simple as “Jesus, forgive me. Be my Lord and my Savior.”

That is why I say that Eater is really the death of death. He offers eternal life based on His resurrection – never ending life to those who believe in Him. Will you turn in faith to Him as your Lord and Savior?

“For God so loved the world, that He gave His only begotten Son, that whoever believes in Him shall not perish, but have eternal life.”[13]

[2] Consider, for example, Jesus’ lengthy sermon from Matthew 5-7. No one is perfect and the perfection demanded there was impossible even for the most religious. We all fall short of those demands.

[9] “Who was declared the Son of God with power by the resurrection from the dead” (Romans 1:4).